We know networking is the path to success. However, new freelancers might find networking in Chicago overwhelming. Well, worry no more. During my time in Chicago, I’ve personally tested a list of networking groups for freelancers in Chicago and picked seven of the most effective ones.

Truth is, many freelancers don’t know how to find the right networking group. And if you aren’t surrounded by your crowd, then, no wonder networking has been fruitless for you.

And this has nothing to do with whether you are good at promoting yourself. You gotta make sure you’re speaking to the correct audience first.

How to Find a Good Networking Group in Chicago

So, how do you find a networking group in Chicago that gives you valuable connections and potential customers? The answers are quite simple.

Next, pull up the group’s member list and check to see if it’s mainly made of salespeople, business stakeholders, or fellow freelancers. You should also prequalify the members if you hope to find new gigs from networking. After all, why speak to people who don’t even qualify to be your prospect?

At this point, you should have a shortlist of networking groups. Now, it’s time for some background research.

Check to see how long the group has been established and how regularly they hold meetings. Sometimes you can also guess meeting headcounts based on their social media posts.

Some Chicago networking groups also have geographic restrictions. Make sure you’re within the vicinity if you consider becoming a regular. Metra trains are great, but is one hour of networking worth a three-hour transit?

The Best Networking Groups for Freelancers in Chicago

For me, I mainly wanted to build referral partnerships and peer connections through networking. Referrals work great in the digital marketing field since we all have our specialties, and with my clients being 80$% inbound, I feel less pressured to focus my networking on sales and lead generation.

Meanwhile, I know my services are specific. Therefore, I’ve often needed to collab with or subcontract other freelancers to fulfill my client’s scope of work. In that case, having a peer network of experts focusing on different digital marketing aspects would make my life much easier.

You may have heard mixed reviews regarding NAW. But the issue isn’t the group, but the specific chapters. And being the headquarter city, NAW Chicago is undoubtedly the strongest chapter of all.

The best thing about NAW is how it color codes by industry. At any event, you’ll choose the name tag with the color representing your industry. This makes networking so much more effective as long as you know what industries you’re looking for.

Greater RNBA is one of the biggest networking groups in Chicago in one of the most robust business districts. This group has networking at its core and also provides amazing resources for business and personal development.

Now, RNBA does have an older population. They’re super helpful, but might be a bit stubborn. This means you need to become a regular before any relationships can be fostered. But once you do, all the members are extremely well connected and would happily take you as a plus-one for other higher-end networking events.

Scaling freelance is one of the only networking groups in Chicago focusing on helping freelancers grow. This group hosts monthly zoom networking events, but also provide podcast, interviews, and other collaborative marketing opportunities for freelancers.

While this group has a large member count, their attendance hasn’t been the highest after two years of covid. However, it’s still a great group to get started if you’re new to Chicago.

Surprise, surprise! You don’t have to be a member of the America Marketing Association (AMA) to attend AMA events! Of course, I’m a Chicago chapter member and love all my exclusive perks. But as far as networking goes, the non-member price is quite affordable.

I love AMA’s events because it allows me to talk to all the best players in my industry. Here, you’ll get to know everyone from owners of the biggest marketing agencies in Chicagoland to marketing legendaries from leading enterprises.

As a digital marketer, referral partnerships come quite naturally. The challenge is to find people who actually know what they’re doing (no. no gurus in my network. #sorrynotsorry). Honestly, I’d recommend any freelancer working in marketing look into AMA events.

If you target startups or want to turn your freelancing business into a startup someday, the Bronzeville Incubator is a great place to look into. This is also one of the few organizations with a heavy focus on creative entrepreneurship.

Don’t let their outdated web design turn you away. I cannot recommend IWOC more if you’re a freelance writer. With monthly meetings, educational series, and fun seasonal festivals (yes, you read that right!), you’re destined to find a cool crowd of dedicated, passionate, and ambitious entrepreneurs at IWOC.

You guessed it right, this is another industry association. But unlike IWOC, EFA Chicago is a great networking group in Chicago for freelancers in media relations, marketing, entertainment, and business in general. And if you don’t work in the editorial field, you don’t have to join. Simply come to the events!

While EFA has physical chapters, many networkings have become hybrid. This means you can easily attend networking hosted by other chapters across the country!

Network Your Way To Success

Did you find any Chicago networking groups for freelancers yet? I hope you did. Of course, there are so many more groups out there. For example, the networking scene is quite different once you’re in the suburbs.

Just like networking on LinkedIn, focus on building long-term relationships and try not to rush things. You’ll do just fine!

The views and opinions expressed in this article are those of the author and do not necessarily reflect the views or positions of any entities they represent. Freelance Theory is not affiliated with any of the aforementioned entities. 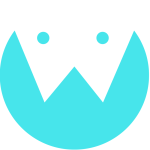 With a deep passion for content creation and creative writing, Xiao Faria finds a strong sense of accomplishment in creating high-quality content that engages the audience and benefits optimization.

Throughout years of practice, Xiao has learned to communicate with the readers in the most efficient and effective way. Her experience as a visual artist has only aided her in creating refreshing and entertaining content.

With a deep passion for content creation and creative writing, Xiao Faria finds a strong sense of accomplishment in creating high-quality content that engages the audience and benefits optimization. Throughout years of practice, Xiao has learned to communicate with the readers in the most efficient and effective way. Her experience as a visual artist has only aided her in creating refreshing and entertaining content.

8 Client Red Flags: How to Spot a Bad Client From Miles Away

How Freelancing Differs From Contracting and Agency Subcontracting

Dealing With Difficult Clients: Red Flags, Approaches, and When To Say No

8 Client Red Flags: How to Spot a Bad Client From Miles Away

We’ve all had clients from hell. We’ve all said “I should have realized when…” Many tears and unpaid invoices later, here is a list of eight proven client red flags telling you to bail out as quickly as you can.

How Freelancing Differs From Contracting and Agency Subcontracting

Find out all you need to know about Freelancing vs. Contracting vs. Agency Subcontracting.

Dealing With Difficult Clients: Red Flags, Approaches, and When To Say No

Dealing with difficult clients may not be fun, but it is necessary if you want to grow. Learn to identify bad client red flags, the best conflict resolution approaches, and when to slam your foot down and say no.

Three primary pricing models most freelancers use to charge for their services, plus invisible costs.